Welcome to this blog everybody! My name is Carlos Devizia and I am a musician from Argentina. You can find more about me and my music in this blog.
Today, I want to write about sound and its properties.


We hear sounds all around, all the time. But why do we hear them and how can we recognize one sound from others?


Well, this is because there are some properties that belong to sound. And we´ll talk here about it. We´ll also conclude why it is important for us, as musicians, to know about them.

First of all, sound needs a media to travel. Basically, sound is produced by a vibratory movement and transmitted through some media to our ears. The media can be a lot of different things, air, water, metal. Some media are great conductors of sound and some other ones are very poor conductors of sound. In a vacuum environment sound cannot travel, that´s why in space no one can hear you scream :), as you probably know.

Several factors determine the speed of sound. The media itself has an influence. Thus, for example, sound travels faster through metal than through air. You probably have seen lots of movies in which someone puts his ear down to the railroad track to hear the train coming. The more elastic the media is, the better the conduction of sound will be. On the contrary, soft and porous media are very bad conductors of sound.


Generally we speak that the speed of sound is:

As musicians, producers or sound engineers we can take advantage of this characteristic of sound. When you listen to a sound, you can perceive distance and procedence of that sound. It is not the same to hear someone speaking in a low voice beside us, than someone who speaks in the same way at several meters of us. Also, we can perceive where is located the origin of sound. It is right in front of us? Behind us? It is located slightly to the left? Completely to the right?


By the use of different effects we can re-produce a natural environment or create a totally strange atmosphere, working on the propagation of sound and the way we perceive it.


Effect we´ll be using to achieve this goal are: flanger, delay, reverb.

There are several type of waves. As we said before, they move in the direction of sound, but we represent them by different means to visualize them. This is important to understand some sound phenomena.  In the following examples we´ll use the image of an oscilloscope, which is a valuable tool for analyzing sound.

We said that sound involves a process of compression and rarefaction. The intensity of this process is what we call amplitude. Our perception of the amplitude is loudness. Here, it is important to point, that though these words may seem synonyms, they are not.


In practical terms, the more the amplitude, the louder the sound we will perceive. (compare the graphic example of a soft sound and a loud sound and listen to them).

To measure amplitude we use a unit called decibel (DB), which is, in fact, a relative unit. Now, this is a tricky word, as it is used in different contexts. If we are talking about decibels in the air, we talk of DBSPL (decibels sound pressure level). 0 DB is the quietest sound we can hear and from that it goes above. The point in which our ears suffer is called "threshold of pain".

Some examples of approximate DB levels:

But, some lines above we said that decibels was a tricky word and this is because it is also used in the computer like DBFS (decibels full scale), and here 0 DB is the loudest thing that can be represented by the computer. From there the values go down in form of negative numbers.


It is useful to understand the concept of amplitude, for example related to audio gear. Here we find what we call dynamic range, and which is the range between the quietest sound that a device can handle (before that level there is only hiss) and the loudest level that the device is capable to deal with (over that there is distortion, cracklings and non-desired upper harmonics).

As we said, there are waves of compression and rarefaction. The quantity of those waves determines the frequency of a sound. We measure it using a unity called Hertz, a Hertz is one in a second.


We perceive this as pitch. Once again, like amplitude and loudness, frequency is a measurable term, while pitch is our perception of that frequency.


In the oscilloscope images we can see a low frequency wave and a higher frequency wave. You´ll notice that amplitude does not change. This is because properties of sound are independent between them.

Usually, we tend to say that human beings perceive between 20 hertz and 20000 hertz, which is not totally true. More likely we are able to perceive to about 18000 hertz. And not all ears behave in the same way. We tend to lose perception of high frequencies while we grow up. Also, women tend to hear better higher frequencies than men do.


Now, let´s think for a moment, two sounds were played at the same frequency with the same amplitude we should perceive them in the same way. But here makes its appearance another element which is timbre. When a sound is produced, we can hear a fundamental frequency, but also lots of frequencies that are present too in that sound. These secondary frequencies are called partials, and if they related to the fundamental in a perfect mathematic way they are called harmonics. These frequencies colorize the wave and make it less pure, giving to its sound its proper voice. This is why a piano sounds like it does, and a cello sounds with its own sound, and so on. Let´s take a look at the way the oscilloscope shows the sound of some instruments. 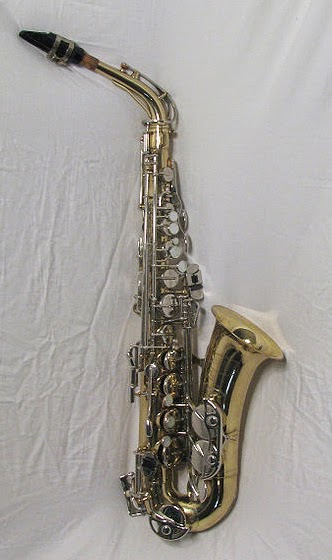 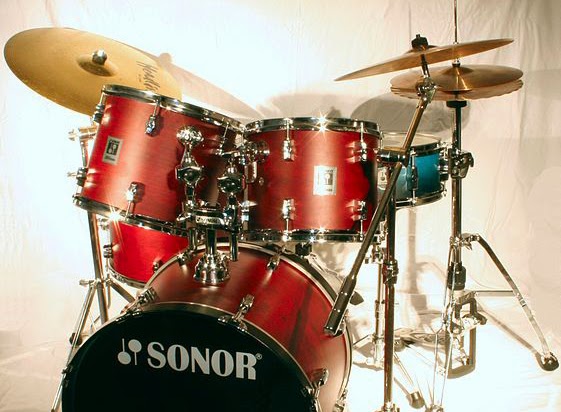 The knowledge of this fact is useful, for example, to wind players that can obtain new sounds enhancing harmonics while they play, and thus obtain different notes in one playing position.


We can use different filters to work on timbre and frequency. EQ is our main tool in this aspect. We can use it in two ways: to correct audio files that need some changes in their frequencies to sound more natural, boosting some of them and lowering some others; or we can use the EQ in a creative way, boosting and lowering frequencies to achieve results that are different from those that can be heard in the real world.

The knowledge of sound and its properties will benefit our creative work as musicians. Sometimes musicians tend to forget that they are working with sound. Knowing its properties will help us to manipulate it in a creative way, to reproduce a real environment, to create a completely strange atmosphere, to understand why the song we are working in does not sound in the way we want, to choose the proper effect in every situation.